Iceland’s black metal scene is one full of creativity and unique sounds and Sinmara are but one part in a much larger group of musicians who make music so unlike other current black metal that the small country is now home to some of the most interesting projects around. While the Icelandic sound is different to most modern black metal it’s still difficult to pinpoint exactly what it is that makes it so intriguing. Is it the vast, desolate landscapes of their home country? The pitch black darkness or blinding sun of the most extreme times of the year? The remoteness of their locale giving rise to untainted ideas and themes? It could be all of those things or none of those things but Sinmara are one of the trailblazers of a scene that is so revered that it became one of Roadburn Festival’s commissioned projects at the 2018 edition (although Sinmara members were not a part of this performance, many of their contemporaries were).

Sinmara’s second full length builds on 2014s Aphotic Womb and 2017s EP Within The Weaves of Infinity plays a large part in informing the melodic structures of this new record – Sinmara do not shy away from creating moments of great beauty within their chaos and many songs are deceptively harmonious at times. The dissonance of “Mephitic Haze” is tempered by Ólafur Guðjónsson rasping vocals and guitars that suddenly soar on high, rich notes that create passages of utter elegance.

END_OF_DOCUMENT_TOKEN_TO_BE_REPLACED 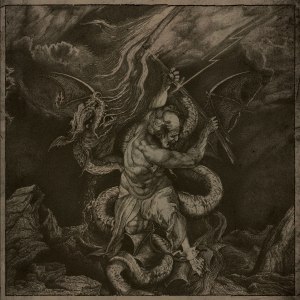 Originally a one-man band from New Zealand, founding member Krigeist’s relocation to Scotland brought new opportunities to enhance his music and after session members and live line-ups were solidified, Barshasketh began to take the form that we see today on their fourth full-length, Barshasketh. Stripping back their sound to that of their early days, Barshasketh are reclaiming the essence of black metal and while their music isn’t breaking down barriers or smashing genre lines, the expertise and musicianship on display here is more than solid and definitely worth multiple listens.

END_OF_DOCUMENT_TOKEN_TO_BE_REPLACED

Devouring Star – The Arteries of Heresy

Finland’s Devouring Star plays with evil as theme but does so in less Satanic ways and rather explains that mankind itself is the ultimate embodiment of sin, that humans are the scourge and that religion is not the hopeful tenet that we have been led to believe.

The Arteries of Heresy is Devouring Star’s second full length and the person behind it all, JL, is using the band as a vessel of deliverance for personal enlightenment. There’s a sense that the evil that lurks within is one of primal matter and on “Procreation of Blood” the chaos is laid bare for all to see. Within the maelstrom are subtle grooves that can be latched on to in order to orientate oneself but for the most part the song, and the album as a whole, is an ode to embracing sin and taking it into yourself in order to fulfil your purpose on this earth.

END_OF_DOCUMENT_TOKEN_TO_BE_REPLACED

The Round Up Tapes is generally a “hey, I liked this and maybe you will, too,” kind of deal, but sometimes I get sent albums that I may not have come across otherwise – the world of music is huge, of course, and hearing everything is nigh on impossible. With that in mind here are three debut records that were sent my way recently that I enjoyed and perhaps you will too. They all encompass metal in various ways – whether it’s the more straightforward black metal of Bleakwood, or the melancholy of Dawnwalker or the doomed passages from STAHV – but all of the music featured here is passionate and worth your time. 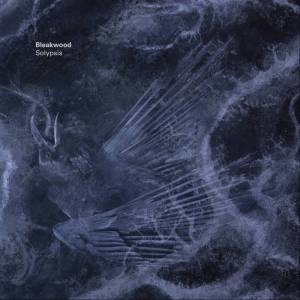 END_OF_DOCUMENT_TOKEN_TO_BE_REPLACED

Couch Slut aren’t taking any prisoners on their follow up to 2014s My Life as a Woman and on Contempt they continue to mine the terrifying real situations the band members have found themselves in. On first glance their music is a mind-melding mesh of noise, old school hardcore and even some nods to second wave black metal, but Couch Slut introduce increasingly off-kilter moments to create an atmosphere of dread and unnerving fury. Front-person Megan Osztrosits wraps her harsh, visceral tones around opener “Funeral Dyke” and its bizarre segues from raging punk to weirdo black metal and even a subtly beautiful riff that soars suddenly over all before fading into groove-laden guitar and screams.

END_OF_DOCUMENT_TOKEN_TO_BE_REPLACED

Cavernlight’s debut is a record wrought with absolute despair and in the five passages that make up this work, there is no hope to be found. The members are clear in their utter desperation and in As We Cup Our Hands and Drink From the Stream of Our Ache there is almost a willingness to revel in that sadness, to let it be all-consuming and to allow it to take over. Some doom holds a little light but for this Oshkosh band there is nothing at the end of the tunnel. For a debut, As We Cup Our Hands… is extremely assured; the themes run beautifully throughout and the differing elements are brought together succinctly to create a palette of darkness. Doom is the key but noise, ambient and abstract tones filter through the shadows to build an aura of claustrophobia that is unrelenting in its scope.

END_OF_DOCUMENT_TOKEN_TO_BE_REPLACED 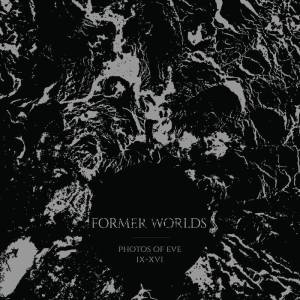 Former Worlds use differing palettes of sound to create a landscape that is ravaged by the harshness of life. Soft, spinning drones echo in the quieter moments while filth-laden sludge bears the brunt of their rage in the opposing loud passages, all within one epic, seventeen minute track. Their first release, Photos of Eve IX – XVI, showcases the quartet’s ability to turn things on a head with barely any notice, yet it’s tight and cohesive and the inclusion of Erin Severson’s voice gives them a little leverage over other bands of this ilk.

END_OF_DOCUMENT_TOKEN_TO_BE_REPLACED 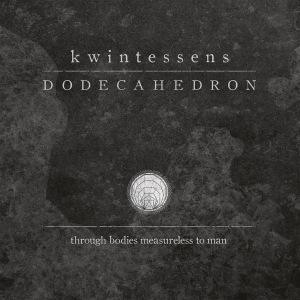 Dutch avant-horror group Dodecahedron are back after a seemingly eternal wait for their follow-up to the incredible Dodecahedron from 2012. Using their time wisely, the quintet have dredged another terrifying prospect from the depths and in Kwintessens they have a record that moves their avant-garde black metal ever further into the realms of chaos.

“Prelude” forces you directly into the abyss with frenetic beats and jarring guitars vying for space in the heat surrounding echoing voices and industrial machinations before “TETRAHEDRON – The Culling Of The Unwanted From The Earth” whirls into view on discordant rhythms and off-kilter attacks. M. Eikenaar’s vocals are guttural and filled with spite, his approach one of total hatred and in line with the despair that echoes throughout the music, which often turns on its own head and becomes increasingly more claustrophobic as time progresses.

END_OF_DOCUMENT_TOKEN_TO_BE_REPLACED

The eight years since ColdWorld’s debut Melancholie² has only served to increase the attention on Georg Börner’s one man project, and while the somewhat enigmatic German hadn’t outright said the band was over, the hope for a follow-up dwindled with each passing year. Melancholie²  is a record that speaks of emptiness, despair and sadness and is often deemed a starting point for anyone interested in depressive black metal. It’s by no means perfect, but the atmosphere that is captured is one of an artist using his medium to guide him through moments of anguish and with new record, Autumn, that feeling is wrought in ever more stunning ways.

END_OF_DOCUMENT_TOKEN_TO_BE_REPLACED

Originally scheduled for release on November 8th, the extremely reclusive and mysterious sect of Deathspell Omega uploaded the record to bandcamp late on Halloween evening (or afternoon depending on your timezone) sending their fans into a rush to listen and consume. Having not released any new music for four years, and announcing The Synarchy of Molten Bones with little fanfare or warning, the stealth tactics used by the French band suit their style – both in sound and in action. Chaos reigns on this first full length since 2010 and in bringing forth utter destruction, the band call upon the unholy in order to move through and explore the outer limits.

Deathspell Omega’s brand of black metal is one that is often imitated – a discordant array of sounds meld into one swirling vortex that is difficult to pierce on first glance – but never bettered. It’s easier to allow the music to sink into your bones and truly become one with the mind than try to find an entry point in the chaos and that’s something that has established DsO as true masters of their field.