The acceptance or rejection of religion is a process that is personal and can often be fraught with turmoil and fear. For many the acceptance of a God is something that is instilled from a young age – they are brought up with the knowledge that their parents believe and therefore so should they. Some find religion at a later age and use it to overcome hardship, grief or troubling times. Some reject their God during their childhood and some come to the realisation later that God is not the all-powerful being they were led to believe and reject those ideas in favour of a different approach, one that eschews religion and takes a more personalised path to self-discovery.

For Portland’s מזמור (written as Mizmor) the process of rejection began later in life and for founder and sole recording member A.L.N. that process was one wracked with pain, guilt and the knowledge that God does not have the answers. The struggle between this and what was promised via religion is one that A.L.N. has documented through the blackened doom lens of Mizmor’s music since its inception seven years ago and the process has never felt more real and intimate than it does on Cairn.

END_OF_DOCUMENT_TOKEN_TO_BE_REPLACED

Bern’s Dachstock is the kind of venue that seems lived in; the graffiti that adorns every available wall space feels like it’s been there since the dawn of time and the punk aesthetic that seeps into the atmosphere is the kind that you’d have expected to find when Neurosis were still starting out – it’s fitting then, that this is the place that they are playing this evening and the hot, stifling air only adds to the electric atmosphere that is already rippling through the venue as Oakland’s Kowloon Walled City take to the stage.

The quartet are heavy where it counts and despite the weighty tones thrown out by the guitars and prominent bass, there is a sparse feeling to their sound – the music is allowed to breathe and move around Scott Evans’ voice, which is throaty and rage-filled from beginning to end, while still fulfilling the sludge aesthetic. Kowloon Walled City play with their sound enough to make them stand out from the crowded “post” scene and their approach is crushing and one that leaves the audience visibly shaken.

END_OF_DOCUMENT_TOKEN_TO_BE_REPLACED 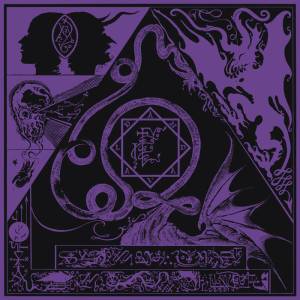 The black metal scene in Iceland has been thriving for many years and where many projects from the volcanic country are proving their worth with second full lengths and touring the world, Andavald have been slowly curating their sound and biding their time before unleashing their debut upon an unsuspecting scene. Undir skyggðarhaldi is the culmination of years of work with Andavald forming around 2014 but waiting until 2019 to release their music. Their debut is more moderately paced than, say, Sinmara’s work, but it’s no less impactful for it; instead the band use moments of doomed rhythm and slow, drawn out screams to create their darkness. Speed is not of the essence here and for Andavald it is the building of terror, the procession towards finality and the beauty found within the pitch black cosmos that serves Undir skyggðarhaldi the most.

END_OF_DOCUMENT_TOKEN_TO_BE_REPLACED

Dead To A Dying World – Elegy 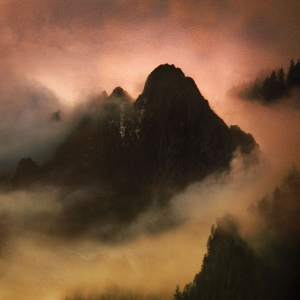 Dead To A Dying World do not do anything by halves and the six members of the Texan band are joined by several more players on their third full length, giving their already bombastic sound an energy that drives it further forward into thoughtful realms. Elegy is a beautiful work that truly seeps under your skin – from the opening simplicity of “Syzygy” and Mike Yeager’s deep voice to the closing moments of the monolithic “Of Moss and Stone,” – and the record takes you on an emotional journey with a deft handle on the quiet/loud dynamic and a roster of guest appearances that serve to add dimension and clarity.

The relative serenity of the opening ode is entirely at odds with the aggressive pitch of the next track and “The Seer’s Embrace” plays Yeager’s voice against the screams of Heidi Moore and the gorgeous depth of Eva Vonne’s viola (an instrument really brought to the fore on this album) to create layers of sound that caress tenderly before snatching back any promise of safety. Each aspect of Dead To A Dying World’s sound is given space to flourish and while there are several members of the band, there are no overpowering moments to be heard – everything works in harmony, including the vocalists that have been asked to participate in the album. Emil Rapstine (The Angelus) adds a light, ethereal voice in the quieter passages that form the mid-section of the song and this voice works so well, blends so seamlessly into the band’s sound that it becomes an element that was seemingly always there.

END_OF_DOCUMENT_TOKEN_TO_BE_REPLACED

The second part of my Roadburn Festival coverage can be found below (the first part is here). Please forgive the lapses into first person narrative – it’s not something that I do very often at all but Roadburn has been a deeply personal experience each time I’ve attended and I feel that I couldn’t have taken a step back from it while writing something about it.

2018’s edition was a strange time for me; I’d moved country a few months prior and still had many unsettled feelings and that I didn’t really belong anywhere yet. The music I saw that year hit hard and seeing Bell Witch, Worship and Mizmor in one long day really took me to places I had tried not to think about. This year I feel more at home in my new country and the experience of the festival was reflected in that. I felt grief for the person I once was but also hope for what is to come. There is so much relief to be found this year, and this culminated in the Have A Nice Life performance on the main stage on Sunday – I can finally let go of my fears and embrace the future.

END_OF_DOCUMENT_TOKEN_TO_BE_REPLACED

Beginning a review is always the most difficult part of the writing process. There are many thoughts and feelings that you want to express and so many experiences that you want to put across in the right way and your train of thought moves fluidly from one thing to the next…. but getting that down in a coherent and interesting way is something that often falls short. For a weekend spent at Roadburn Festival that process becomes ten times more difficult as experiences are not exactly in short supply and each person has their own unique take on what the city of Tilburg has given them for the four day festival run. No two people will likely have exactly the same experience of Roadburn and it’s often said by the festival team and those who have attended many times “Roadburn is what you make of it, it’s personal, it’s yours.” And that is such a true statement. This is my third Roadburn and while it’s not a festival I can claim to have been to as many times as another person…it often feels like some bands are being booked directly out of my dreams and for the thousands of other attendees this is most probably true for them. Somehow Walter gets into your mind and pulls out your musical desires and the festival becomes as much a part of you as it is for the organisers.

END_OF_DOCUMENT_TOKEN_TO_BE_REPLACED

Iceland’s black metal scene is one full of creativity and unique sounds and Sinmara are but one part in a much larger group of musicians who make music so unlike other current black metal that the small country is now home to some of the most interesting projects around. While the Icelandic sound is different to most modern black metal it’s still difficult to pinpoint exactly what it is that makes it so intriguing. Is it the vast, desolate landscapes of their home country? The pitch black darkness or blinding sun of the most extreme times of the year? The remoteness of their locale giving rise to untainted ideas and themes? It could be all of those things or none of those things but Sinmara are one of the trailblazers of a scene that is so revered that it became one of Roadburn Festival’s commissioned projects at the 2018 edition (although Sinmara members were not a part of this performance, many of their contemporaries were).

Sinmara’s second full length builds on 2014s Aphotic Womb and 2017s EP Within The Weaves of Infinity plays a large part in informing the melodic structures of this new record – Sinmara do not shy away from creating moments of great beauty within their chaos and many songs are deceptively harmonious at times. The dissonance of “Mephitic Haze” is tempered by Ólafur Guðjónsson rasping vocals and guitars that suddenly soar on high, rich notes that create passages of utter elegance.

END_OF_DOCUMENT_TOKEN_TO_BE_REPLACED

Last month found The Round Up Tapes exploring Barshasketh’s newest record, Barshasketh, and further to that study a conversation with Krigeist and GM was had. Below are the results of that conversation which was conducted via email.

For those not familiar, what is the history of Barshasketh? How did the band come together and how has the geographical distance that now exists affected the way the band works?

Barshasketh started off as Krigeist’s solo project over a decade ago. After he relocated to Edinburgh in 2010, he set about piecing together a lineup from local musicians, initially strictly for the purpose of playing live shows, but in time some of these live members were made permanent. Unfortunately, just as we were settling on a stable lineup, Krigeist ended up having to leave the UK in 2014 as his visa was revoked and BH, our drummer at the time, ended up leaving the band due to some rather unfortunate family issues. Undeterred by these logistical challenges, we continued to work on our music remotely and replaced BH with MK. We simply fly in members and plays shows with very minimal or non-existent preparation- as crazy as this arrangement seems, it actually works surprisingly well thanks to the discipline and dedication of each of our members in preparing the material individually.

As it stands we’re spread across three different countries, and no two members are even based in the same city. Although it’s not always easy to do what we do, as long as we feel we’ve got something to say as a band, we’ll find a way of making things work.

END_OF_DOCUMENT_TOKEN_TO_BE_REPLACED

Originally a one-man band from New Zealand, founding member Krigeist’s relocation to Scotland brought new opportunities to enhance his music and after session members and live line-ups were solidified, Barshasketh began to take the form that we see today on their fourth full-length, Barshasketh. Stripping back their sound to that of their early days, Barshasketh are reclaiming the essence of black metal and while their music isn’t breaking down barriers or smashing genre lines, the expertise and musicianship on display here is more than solid and definitely worth multiple listens.

END_OF_DOCUMENT_TOKEN_TO_BE_REPLACED

This year has been incredible for music and metal in particular. Choosing records to include on a “best of” list is a personal thing and so I chose records that I enjoyed for their creativity, emotion, spirituality or message.

I did some cool things in 2018 in terms of writing and I went to some new places. Switzerland felt more like home each day. My day job in interesting and I’m learning a lot. I took lots of photographs and some will be included on an album release.

I hope to continue writing for Metal Hammer, The Quietus, Scene Point Blank and sporadically, myself in 2019 and I hope to hear a lot more exciting music. 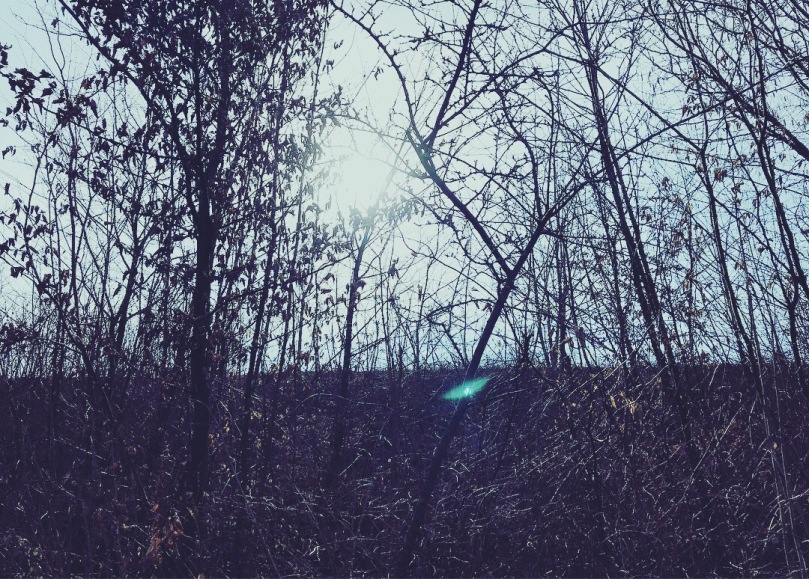