Roadburn Festival is somewhat of a new experience, for me, having attended in 2017-2019. However, it is full of extremely fond memories and experiences and many that I still think about today. I am a worse photographer than I am writer, but I like these photographs a lot. I created some playlists for listening to in lieu of going this year – Vol. I is here and Vol. II here, and last year I also wrote quite a big two part review of the Festival – Vol. I is here and Vol. II here. 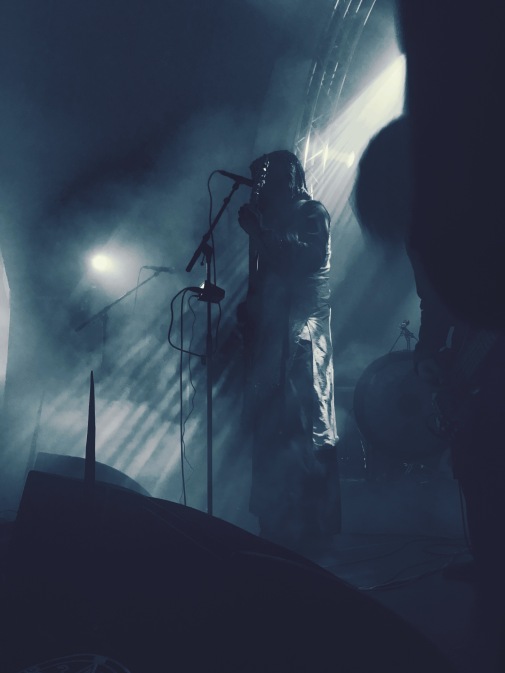 By now, it’s clear that many spring and summer events are cancelled or postponed due to the coronavirus/COVID-19 pandemic that is affecting our planet. One such event is Roadburn Festival which takes place every April in Tilburg, The Netherlands.

The festival is best known for bringing excellent music to a dedicated audience and this year they really pushed themselves and their curators to convoke an interesting line-up. Artists would collaborate, albums would be debuted and newly commissioned works would be premiered. It is a shame that the 2020 edition is now postponed, in as much of its entirety as possible, until 2021 but there is still much that can be done to support the artists who will be losing income over these coming months from missing shows and being unable to ship merchandise to some parts of the world. The health of the world hangs in the balance and this is the only sensible and reasonable action that can be taken.

END_OF_DOCUMENT_TOKEN_TO_BE_REPLACED

2013 huh? It’s been……it’s not been great to tell the truth. It’s been tough. It’s been wonderful at times, that’s for sure but I’m pretty glad that it’s over and I’m hoping that 2014 brings something more than “fuck, what do I do now?” to the table.

I’ve done some really cool stuff this year. I covered my first big outdoor metal festival for Metal Hammer which was such fun and really great to experience. I’ve done a few smaller events and seen a lot of my favourite bands and made new connections with new faces and if you’d have told me even two years ago that this is what I’d be doing now, I would have punched you square in the jaw. I’ve come out of myself a lot these last few years and gained a lot of confidence in dealing with new and unfamiliar situations. It sounds silly, but I can walk into a pub alone and not be frightened that I don’t know anyone or I can’t find anyone and it’s because of dealing with so many new things that my brain can handle that.

Bleak Metal has gone on to new ventures and that’s incredible. I put on a rock show here and there and although it’s something I’ve always been interested in doing, I never thought that it’s something I could pull off. Huge thanks goes to Zac of Oblivionized for answering all my questions and letting me see how these things work and helping in more ways than I can put into words. The first show of 2014 is booked and I have plans for a lot of cool things in the coming twelve months, fingers crossed they can be organised.

I started to manage a band. What? We’re still not sure how it really works but Caïna is doing really well right now and for that reason I couldn’t include the incredible Litanies of Abjection.